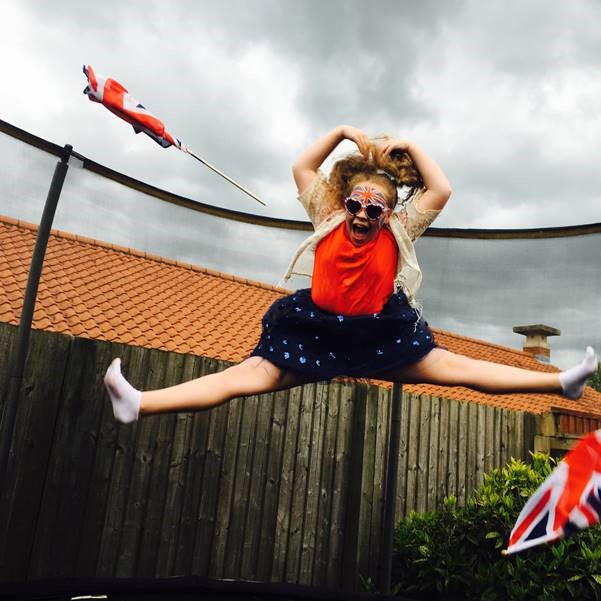 There were a lot of winners in Rio this summer, and now we can add three more! Over the course of the Olympics we challenged the public to show us how they had gotten into the Olympic spirit. They did not disappoint.

In first place was an entry from Zoe Talbot, who entered this picture of her daughter Mia:

Mia, clearly a budding trampolinest, won this competition not just because of her clear passion for the Olympics and Team GB but because she then had to be told that, due to the time difference, she wasn’t going to be able to watch the Opening Ceremony as it was past her bedtime! Mia’s favourite event during the Games was Gymnastics, but she was most inspired by the effort put in by ladies in the Triathlon.

In second place was this perception bending entry from Amy Deller, showing her son about to dive into the world’s smallest diving pool. Unsurprisingly, both Amy and her son were fans of the diving but found the most tense moment to be Jason Kenny’s Keirin final. While Amy was drawn towards the trampoline her son would love to be racing Usain Bolt.

Third place was Emma Furn and her puppy, Alfie the Cocker Spaniel. This entry beat off some tough competition as we were touched that Alfie was so inspired by the show jumping that he wanted to try it himself.

We hope you enjoyed these entries and are looking forward to the Para-Olympics as much as we are.