How do you go about getting people passionate about their business again?

There’s a cafe my father goes to regularly. The prices are reasonable (some might say cheap), the tea and coffee is good and the full-English breakfast is tasty. The staff are pleasant, the loos are clean and there are free daily papers to read.

Why, then, is the place always empty?

The problem, or at least part of it, is that the cafe is sandwiched between other cafes. There’s nothing to distinguish it. So, ever helpful, my father has tried giving the owners suggestions on what can be done to entice customers.

None of his comments are particularly complex; they range from ‘Write your prices more clearly on your noticeboard outside,’ to ‘Hang your daily specials from the awning so they attract people’s attention as they walk past’.

Nothing seems to have worked – or perhaps they’ve not been tried for long enough. When I spoke to the cook, he said that, after a year-and-a-half of trying, it’s hard to get the energy to do new things to attract customers. Even cutting prices hasn’t worked; doing a deal for hamburger and chips for local students resulted in said students saying they’d rather go to McDonald’s for the same price.

However, there’s one thing that could make the cafe stand out – they make borek – think of it like a hot, thin, type of naan bread filled with mince meat or cheese and vegetables. It’s tasty, cheap and made fresh, with the dough rolled in front of customers. (Or would be, if they had any.) 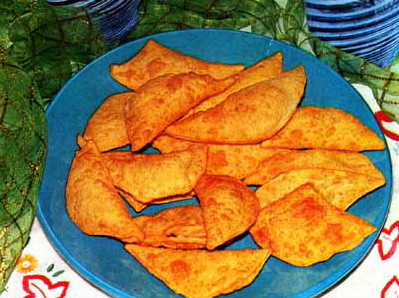 According to the cook, nobody else is cooking borek in the area. So, shouldn’t the cafe concentrate on this to get customers and drive publicity? Think about the alternative: it’s a cafe in a row of cafes all selling the same thing. Without the borek, situation the only ways to differentiate oneself are on customer service, price and quality of ingredients.

Customer service in a cafe doesn’t have to be of a very high standard to be acceptable (compared to, say, an electronics store where clueless staff can affect purchasing decisions) and one might not see a lot of repeat business. Competing on price isn’t viable unless you’ve got a substantial war chest to keep fighting with. As for ingredients, chances are the cafes will be buying from similar suppliers and, unless a cafe pitches itself on quality specifically, produce of similar quality.

So, we’re left with borek – a dish unique to that cafe and a marketing angle of freshly made in front of customers. (Actually in the cafe window.)

My suggestions were to build on the borek; doing deals on it and coming up with a dish specific to that area. There could be St Patrick’s day borek with cabbage and bacon. Chinese New Year borek with spring onion and barbecue pork. Put up YouTube videos explaining how to cook the dish and pointing out the special way this cafe does it.

I suggested all this to the chef and all I got was a resigned smile and the idea that YouTube was ‘too international’. Well, that’s a good point. But perhaps someone in that international audience will visit London one day? To give you some idea, typing ‘how to cook borek’ into YouTube brings up a video with 60,320 views.