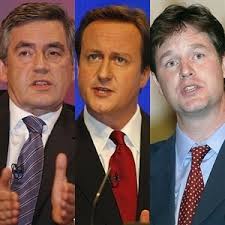 As pre-election fever hots up among the party leaders, take a cold hard look at the future. We could be in line for ‘painful’ tax rises, says one influential think tank.

The country’s huge budget deficit needs to be tackled head-on through a sharp increase in taxes, say the National Institute of Economic and Social Research (NIESR). This could mean a rise of 6p on the basic rate of income tax. (And of course, there is the question of VAT lurking in the background.) So small businesses are holding their breath to see what the new regime has is store for them.

Though the leaders’ debates have drawn TV audiences, we have generally heard more about spending cuts rather than tax policy. The NIESR say that a tax rise of from 20p to 26p in the pound, is needed get the budget deficit below 3% by 2020. They also forecast only 1% growth by the end of this year (2.25% by the end of 2011). And consumer spending is expected to rise  marginally, by only 0.3% by end 2010.

So there you have a choice: as a small business, which would you rather have – more tax or more spending cuts?